This week, I’m the featured Indie Chick author!
Never Give Up On Your Dreams
by Christine Kersey 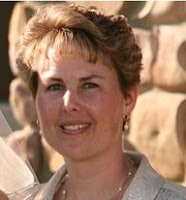 I love to read and lose myself in a good story – forget all that is going on around me and be in the story with the characters. One day in 1997 I finished reading a novel by Joy Fielding and realized she hadn’t needed to be an expert in a particular field, like medicine or law, to write a good suspense story. This fact inspired me to try my hand at writing. It also didn’t hurt that we’d just gotten our first computer and I can type much faster than I can write longhand.
At this time in my life I was thirty-two and my youngest child was three. I also had three other children who were in elementary school. A stay-at-home mom, I was able to carve out some time to work on this project. At first I didn’t tell anyone what I was doing. What if I couldn’t complete it? What if I failed? After a short time I told my husband, mother, and sister and they were supportive.
I kept working at it, day by day, until after about four weeks I’d finished a complete novel. At that point it was nowhere near ready to be published, but I’d proven to myself that I could write a novel with a beginning, middle, and end. I continued working on the story, then put it aside and began working on another.
I gathered the courage to have a few friends read it and they all said they loved it. Encouraged, I decided to attend a conference called Bouchercon , which is for fans of mysteries. At the conference I mingled with published writers and talked to an agent or two. Afterwards I sent queries to several agents, but none of them were interested in my completed novel.
Shortly afterwards I started working part-time and didn’t spend as much time writing as I had before. When my youngest child started first grade I decided to go back to college full-time and earn my degree. Over the next four years I did very little fiction writing and focused on getting my education.
As I approached my final semester my schedule wasn’t quite as heavy and I decided to do some revisions on one of my two completed novels. When I felt the story was ready, I submitted it to a small, regional publisher. In April, 2004 I graduated with a B.S. in Information Technology. That same week the publisher got back to me and said they were interested in publishing my book, but first they wanted me to do revisions. Though they hadn’t offered a contract yet, I did the revisions and resubmitted the manuscript. They were pleased, but wanted yet more revisions. In 2004 the job market was down and I was spending a lot of time job-hunting, but I did the revisions as requested.
In October of that year I finally found a full-time position and within two weeks of starting my new job, the publisher got back to me and offered a contract. Needless to say, I was thrilled. Seven and a half years after I’d written my first book and I was finally getting published!
I was assigned an editor and worked closely with her. The book hit bookstores in July, 2005. I thought I was on my way. I had one book published with a real publisher, so now I was set, right?
The book sold reasonably well, but when I submitted another manuscript, my publisher decided not to publish it. Discouraged, I focused on my family and my job and didn’t spend very much time writing. However, I still read as much as ever. In fact, when the nook eReader became available I bought one and started loading dozens of books onto it. I was in reader heaven.
I’d had my nook for nearly a year before I caught on to the possibilities indie publishing presented. The book I’d published with a traditional publisher had gone out of print and I was able to get the rights back. That book, No Way Out, was the first book I made available as an indie publisher. The first month it was available I sold exactly one copy. But that one sale was very exciting. Since then I’ve published three more novels and have sold thousands of copies. I love that I have complete control over what I publish. I also love to read the work of other indie authors. There are so many talented people that are now able to publish their work.
I’m glad I didn’t give up on my dream to be published and am so excited at the endless opportunities that are now available. One thing I’ve learned is that if you persist in following your dreams, eventually you will be able to accomplish what you’ve set out to do, whatever it may be.
That three-year-old child that sat near me as I began my writing career is now a senior in high school. Whether or not I had chosen to continue writing, time inexorably moved forward. It’s never too late to follow your dreams, but why wait?
Visit my blog
No Way Out, about a woman whose husband disappears, is available at Amazon and Barnes & Noble

He Loves Me Not is currently only available at Amazon, although if you have a nook, email me and I’ll send you a free epub copy.

Don’t Look Back is the sequel to He Loves Me Not and is available at Amazon as well as Barnes & Noble.