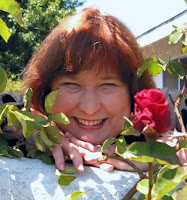 Links:
Blog https://annerallen.blogspot.com
Twitter @annerallen
Authorpages:  At Amazon.com , at amazon.co.uk , on Facebook
SHERWOOD, LTD
(Romantic comedy/mystery: MWiDP) A penniless socialite becomes a 21st century Maid Marian, but is “Robin” planning to kill her?  Buy at amazon.co.uk , amazon.com, or Barnes and Noble
THE BEST REVENGE
(Romantic comedy/mystery: Popcorn Press) A suddenly-broke 1980s celebutante runs off to with nothing but her Delorean and her designer furs, looking for her long-lost gay best friend—and finds herself accused of murder. Buy at amazon.co.uk or amazon.com and in paper at Popcorn Press or in paper at Amazon.com .