This week’s guest post is by Prue Batten, one of the wonderful ladies who contributed to the Indie Chicks Anthology. 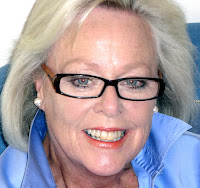 Mrs. So-Got-It-Wrong Agent
by Prue Batten
After writing forever, I decided to finally go down the independent road in 2008. At that time, it was called self-publishing and the track I decided to take was POD. Part of my reason for the move was that my books had been declared commercially viable by the UK literary consultancy that assessed them, but in every instance they were declined by the Big Six.
The only time I had any sort of meaningful comment prior to POD publication was from a highly regarded English agent who said she loved the novels and knew she would kick herself for declining but felt I lived too far away to engage with. I know I reside in the southern hemisphere, in a place called Australia, but this is a new world in which we exist. Amazingly there is a thing called email, something else called Skype and even video-conferencing, so I was rather gobsmacked at her antiquated approach. This, I felt, was the time to take my destiny in my own hands!
You see, I was getting older and with age comes a degree of intransigence and that was when I took up the POD offer… basically in a fit of disgust at the ‘old ways’.
I did everything right: good covers, great PR, super website and then a blog with which to engage with the reading public, even radio and print media interviews… you name it, I did it. Book Two came out and I continued to sell to a niche market online and in stores. At one point, my first novel took the prime display position in bricks and mortar stores, selling more than any other unknown first release for that chain.
Then, whilst working on A Thousand Glass Flowers, I had the misguided idea that it would be nice to secure an agent who could handle all this PR and marketing stuff and maybe help me push the barrow further. With the success of the first two novels under my belt, with stats of web and blog hits as well, I contacted the first Australian agent on my list.
Imagine my surprise when two days later, on a Friday afternoon, she rang me to talk business.
Her first comment after a loud monologue on her credentials was ‘Why in the hell did you POD your first two books?’ Ironic snicker followed this acid question.
‘Because I was tired of submitting the old way and getting nowhere in a very long time.
‘But you’ve signed your own death warrant.’
‘Then why are you talking to me?’
‘I am intrigued that you managed to get the web hits and the book-sales you have.’ Her tone was sarcasm incarnate. Something about good books and hard work was on the tip of my tongue.
I was so flummoxed at this point that I allowed her to ram-raid me and roast me. Heaven help me, I agreed to send her mss of the first two novels (even though they had been published!) Perhaps I am a masochist. Who knows?
She read them and sent them back slashed to pieces. These were fantasy novels about love, loss, grief and revenge, novels that have secured 5 star reviews. She had deleted every conceivable piece of emotion from the manuscripts so that they expressed nothing. If she read them right through, I’d have been surprised as she asked elementary questions about the plot resolution… questions that were answered in the denouement of each of the novels. Her editing was unbelievable, her spelling appalling and she got my name and address wrong for the return of the mss. Now remember… this is supposedly one of the top agents in my country, top obviously not equating with manners and sensibility.
When I rang her to say politely, thanks but no thanks, she lambasted me and said, ‘You are a self-fulfilling prophecy. Small-time.’
My reply was that if she had taken me on, what a good talking point she would have had about her exciting new author. As it was, I continued, I was declining any further involvement with her as my books were out there and selling.
‘You have committed professional suicide.’
***
In the last three years, this agent is the only negative in my writing career and far from depressing me, it proved to be the biggest shot of tenacity in the arm! Reverse psychology at its very best!
So guess what, Mrs. So Got it Wrong Agent, I’m having a ball. The books are now in e-form and selling well. My third novel consistently took a place in the Top 100 of Kindle novels in its category not long after publication. I’ve sold across the globe, I have a niche following, I’ve made the friends of a lifetime and I am master of my own destiny. There are two further books to be published in The Chronicles of Eirie and in a step sideways, my first ever historical fiction will be published in February.
And at this point in my life, I don’t regret not having an agent one bit!
***
Addendum: Whilst writing this piece for the anthology, I nursed my little muse, the dog who would jump up behind me on my chair and sit whilst I typed. He had terminal cancer and in the intervening time between publication of the anthology and the posting of my piece on these blogs, he has gone quietly to his rest… a brave, funny companion who was my inspiration. I dedicate the above tale to him… to Milo.