Each week I’ll be sharing a personal story from the Indie Chicks Anthology. This week’s Chick is Shea MacLeod. 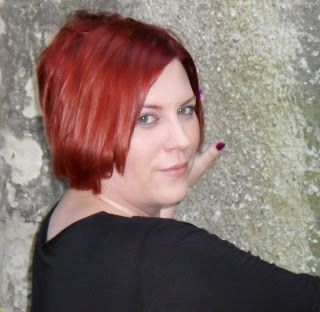 Knight in Shining Armor
by Shea MacLeod
It’s strange how long a bruise can last.
Long after the physical evidence is gone, the muscles remember.  A raised hand or an angry voice, and the body flinches away.  The mind tries to forget, bury the pain deep … but the scars are forever.
It didn’t start that way, of course.  He said all the right things.  Did all the right things.  When I was sick he took care of me.  When my car broke down he fixed it.  I thought I’d finally found my knight in shining armor.
What I’d found was a nightmare.  The minute I was hooked, everything changed.  It started with the name calling, the blame, the bouts of rage.  As time passed, he turned increasingly violent.  It was always my fault.  I was useless.  I’d never be anything.  Do anything.  Accomplish anything.
If I tried to fight him, he threatened to destroy everyone I loved.  To ruin their lives.  Stupidly, I believed him.
He was always sorry after.
You might ask why I didn’t leave.  It’s a fair question.  But until you’ve been there, until you’ve lived through that, you have no idea how messed up a woman’s head gets when she has to live through that day after day.  There is no such thing as confidence, self-esteem.  You learn to live with the overwhelming conviction that this is all there is.  You have nowhere else to go.
That’s the very worst part of abuse.  Beyond the bruises and the emotional scars.  The absolute knowledge that this is the way you will live.  And most likely the way you will die.  You don’t deserve anything else.
In a way, I was lucky.  I had something else.  A secret weapon, if you will.  I just had no idea back then how powerful that weapon was.
I could write.
All through those nightmare years I wrote.  Not about what I was living through, but about something else.  An imaginary world where I would escape, where I was strong.  A place where I kicked bad guy ass.  A place where I was my own hero.
Prophetic?  Perhaps.
The writing kept a spark of something alive in me.  My soul?  Hope?  Who knows.  But one day, that tiny spark of something flared up.  I couldn’t take another minute.
I had nothing.  No money.  Nowhere to go.  But I walked out that door and never looked back.
Nobody rode in on a white horse to save me.  I saved myself.
It was a very long uphill struggle to get healthy again, but through it all I kept writing.  Writing had always been my passion, now it was my salvation, too.
Through writing I regained my sense of self.  I grew strong.  Stronger than I ever had been before.  Words poured from me as my mind and body healed itself.  Slowly but surely I recovered.
It’s nine years later and that life seems like a distant nightmare.  The woman I was then could never have dreamed of the life I am living today.
The writing has never stopped.  It just moved with me, changing zip codes.  I now write in a sunny room in a Georgian townhouse in London, England.  I have self published two novels and am about to publish the third.  My stories, while sometimes holding a dark edge, are still full of hope and my readers love them.  I am now selling enough that I can stay at home and write full time.  I made my dreams a reality.
Guess what?
You can, too.
The day I walked out of that abusive relationship was the day I became my own hero.  That one action changed everything.
If you or someone you know is in an abusive relationship, please visit the Hot Peach Pages for a list of agencies all over the world who help women living in domestic violence.
https://www.hotpeachpages.net/
No woman deserves to be abused and mistreated.  It’s time to say NO to violence.
It’s time to be your own hero. 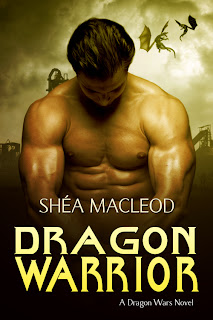 https://sheamacleod.wordpress.com/
Dragon Warrior on Amazon
Dragon Warrior on Smashwords
“This is one story from Indie Chicks: 25 Women 25 Personal Stories available on Amazon and Barnes & Noble. To read all of the stories, buy your copy today. Also included are sneak peeks into 25 novels! My novel, DRAGON WARRIOR, is one of the novels featured. All proceeds go to the Susan G. Komen Foundation for Breast Cancer.”
Indie Chicks is available on Amazon and Barnes & Noble.